SLIME and the Squishy Science behind the fascination. 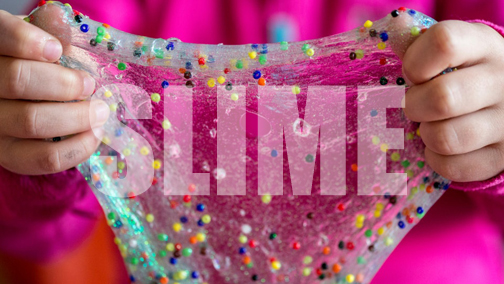 Raise your hands if you have a slime obsessed kid/s in your house? Oyyyyyyyy. And unlike other sensory fads like the fidget spinner, Slime isn’t going away anytime soon! Heck, Nickelodein even had a whole Slime City Experience Pop Up come through Atlanta a few months ago, and I know some of us paid a good dollar to take our kids to it. Kids just love the stuff! If you ask your kids why they love slime, you’ll probably get an answer along the lines of “it’s squishy” or “it’s fun to make.” When I asked my kids, the answers weren’t particularly detailed. My son, 7, said that she liked making the slime “fart,” and liked mixing the ingredients. My daughter, 10, said, “I don’t know, Mama, it’s just kinda chill and feels good to play with.” Granted, these are also the children who, when asked what they did at school all day, reply with “nothing,” but I was still hoping for a bit more explanation. 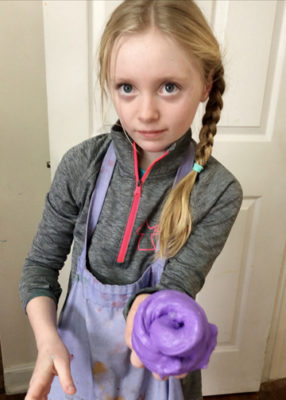 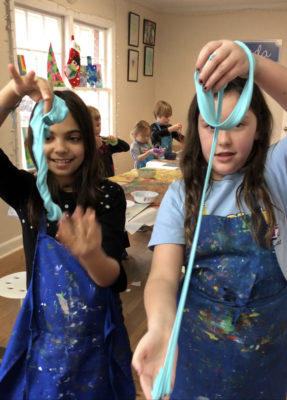 Tactile activities like slime making are a treat for the senses. Kids are engaging in their sense of touch.

For many kids, slime can be a relaxing, calming, regulating activity. Some kids like to keep their hands busy and this can be a stress relieving tool.

And guess what! Slime making is screen free too! Love it or hate it, slime doesn’t look to be going anywhere any time soon.

Kids just love the stuff. They love to mix it, cut it, goop it, and bedazzle it. Over the years as an educator and studio director I’ve learned that all slime recipes ARE NOT created equal. Some recipes and so called “slime kits” are absolute garbage! In this instance, it might be best to just find your favorite recipe and keep the ingredients on hand for those times when you know your kid has had enough screen time and needs to decompress. It might be messy, but it also might be worth it. I encourage my children to do slime in the garage or on an old cookie pan on an uncarpeted area. Set up some rules around it and you will be OK, I promise.

Look no further. This two ingredient recipe is all you ever need. It’s not mine either. It’s from Meri Cherry, a fellow art studio owner in California that I greatly admire. 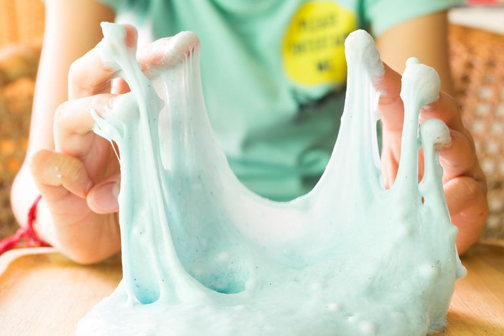 Add laundry detergent and mix with a spoon. Once the sides start to pull from the bowl pick up the goop and start stretching in your hands. If it is super sticky add a bit more detergent. The key to mixing slime is fast hands. Move that stuff around in your hands fast. If you go slow the goop starts to ooze and oozing = sticky mess.

Once the slime “comes together” you’re good to go! You can store it in a plastic bag or an old deli meat container. It lasts super long if you keep in the fridge. No clue why—- #science ?

We’ve tried recipes with borax, lotion, contact solution, and even the “magical” serum that elmers sells for a ton! I’ve found that this is the ABSOLUTE BEST recipe. It always comes together & I’ve had very few slime fails since then!

And if you’re still on the fence about creating SLIME in your home, come into the studio over our open studio hours (now available on Sundays as well) your child will get to enjoy slime time at La Dee Da! Forget the recipes and just bring your kids. Badda bing badda I got you! Leave the mess to us!